RENEW—what does it mean exactly? Ten artists of varying generations presented a renewable scenario of updating and redefinition of photography in “Renew - A Recent Survey in Chinese Contemporary Photography,” a group exhibition at Eli Klein Gallery. Based on personal experience, these artists choose photography as a medium, or combine it with installation, performance, or collage, to express the ever-changing human theater, while raising their own questions about the social scene and the time they were in. 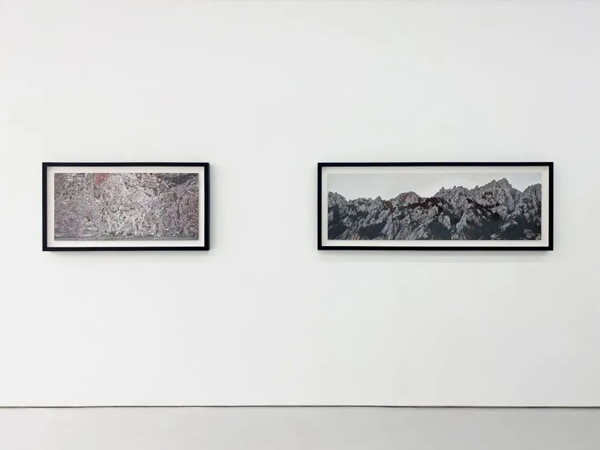 Beginning with the natural landscape, the exhibition then moves to the human landscape, highlighting the strategic display around the images and theme variations of the eighteen works. A visual observation of nature and aesthetic reflection on images in Zeng Han’s “Echo of Shanshui” series prove how modern photographic techniques can be seamlessly combined with Chinese landscape painting aesthetics. This also alludes to a contemporary exploration of the ancients’ philosophical view of the landscape as a source of balance and living with oneself, as well as to the impact of nature’s force on people—as reflected in Chen Xiaoyi and Wen Feiyi’s pieces. They give the images a profound meaning, in which Wen’s black-and-white photography conveys subtle emotions through the capture of specific natural elements. 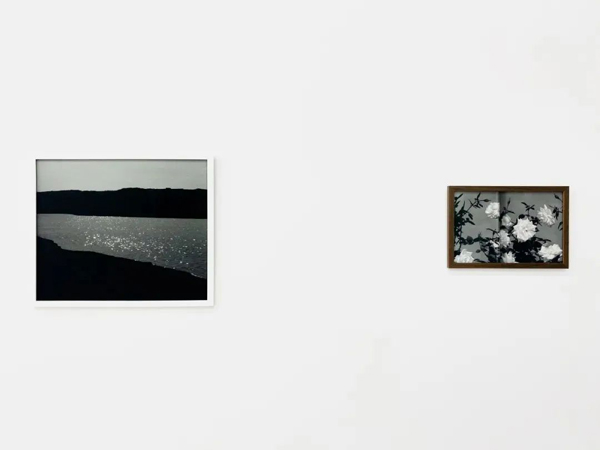 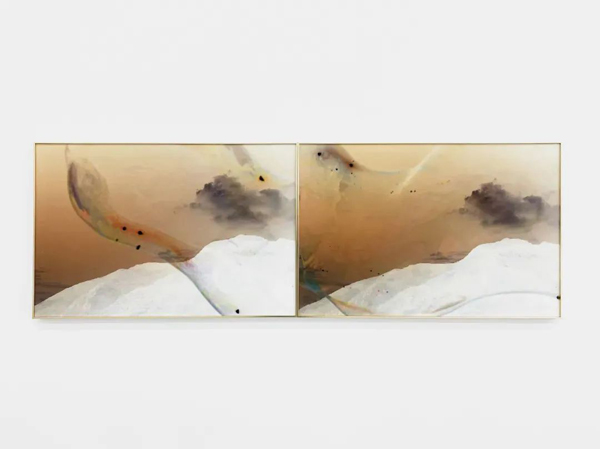 Cai Dongdong’s works, which combine old photographs with installation art, have an overall narrative and a non-single visual power, lending a metamorphosis implication to the term “Renew.” His pieces symbolize the exhibition’s middle ground in terms of imagery, with the transition and disappearance of old and new, as seen in the curtain hanging outside the old photos or the traces left by the fire. In “On Fire” there is an artificially burned mark between the Confucius statues, as if to imply the burning of the god-making phenomenon in formal culture; and a small piece of mirror rested on the burned place becomes a projection to us, reflecting the loss of the essence of traditional culture and philosophical thinking. The mark of the era and specific cultural symbols existing in his works are derived from his personal experience. Closer to this are Xie Sichong’s works, in which she is directly involved in the photographic images, exploring the current reality by paralleling the leaping dynamics (herself) with the standing stillness (sculpture status). Xie’s imitation also hits at her liberation from patriarchy and her awakened feminine consciousness. 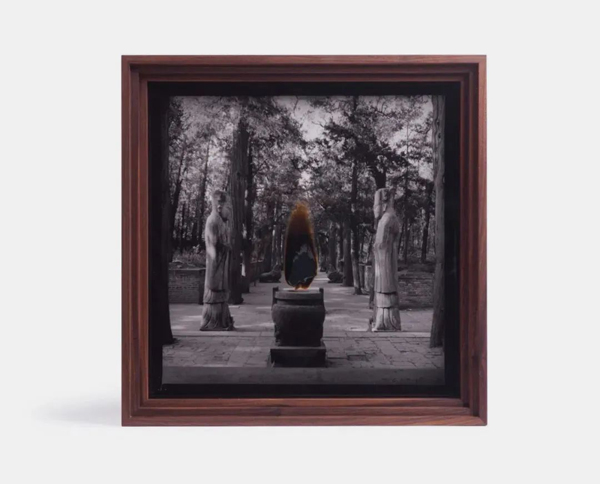 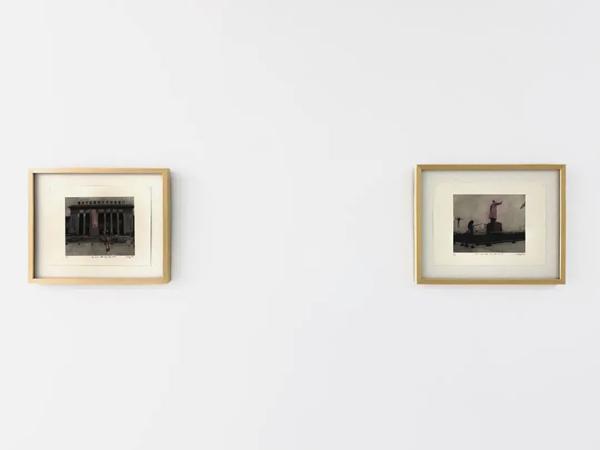 Xie Sichong, installation view of You Can't Take That Away From Me series. Courtesy of Eli Klein Gallery

Similarly, Liu Bolin intervenes his body in the images to emphasize the close relationship between the act and the surrounding environment. His act appears to be another type of imitation in which he uses his own body as the canvas to paint the object, thereby blending in and making himself indistinguishable. As an artistic technique, his behavior is necessary. But no matter how well he blends himself into the background, he cannot erase or hide his body’s three-dimensionality, just as the individual retains his independence in society and times. His global context-focused visual image reveals a spectacle of disappearance: the disappearance of an individual into a group, and the disappearance of a certain group from mainstream society. 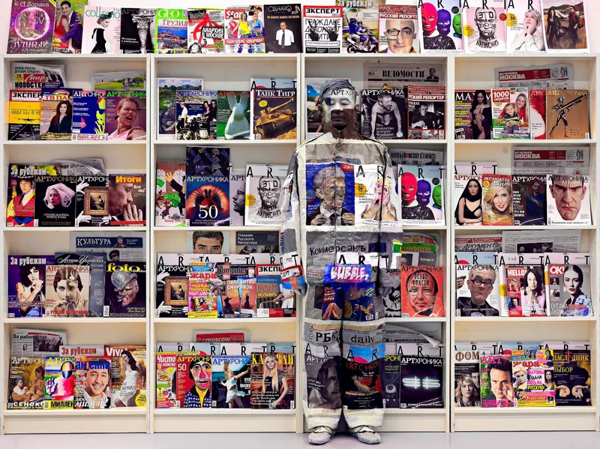 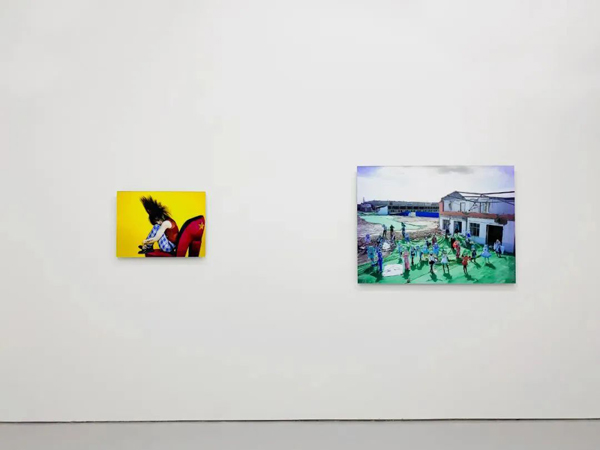 Ye Funa’s two pieces, which hang on Liu’s opposite, become the interpretation of subcultures—Cosplay and Smart. Figure shapes and gestures in the images directly tell the discourse of two non-mainstream groups and their cultural outlook. The exquisitely dressed and beautiful group of cosplayers stand with their heads held high above the ruins in large areas of green and blue, unveiling the prospect of emerging and stepping out of cultural confines. This piece, “Subspecies - 30 Hatsune Miku”, was chosen as the promotional photo for the group show and has directivity in terms of “Renew.” Her “Another Dream’s Smart”, on the other hand, embodies the sadness of the urban-rural fringe–the marginal culture wrapped in the images conveys the extinction trend. How do the members of the Smart group realize their personal contemporization and overcome the situation of being mocked? After numerous attempts, this is a shattered dream of a Smart sitting on delicate high heels with her head down around her knees. In other words, it is a fiasco of class reversal and cultural breakthrough. 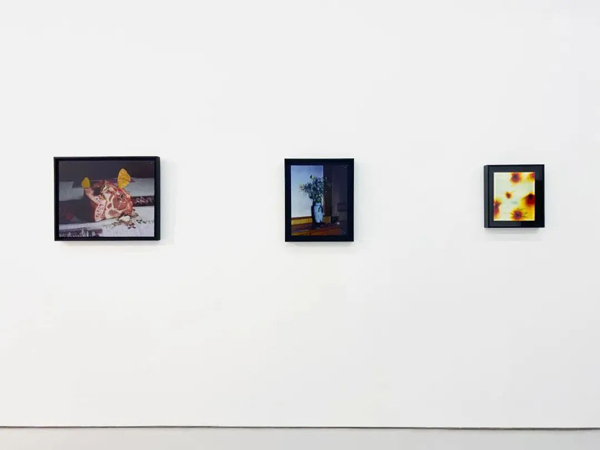 Yang Bowei, installation view of Aggregation of Dreams, A Conversation About the Collective Identity in China, The Broken Vase (China) and Flower Petals Pinned on the Window. Courtesy of Eli Klein Gallery

Yang Bowei and Xu Guangyu who focused on Queer group expressed another sense of brokenness. Yang’s camera is around the localized condition of daily objects. In “Aggregation of Dreams, A Conversation about the Collective Identity in China”, the red thread sewn on the pork belly and butterflies resting on top convey the group’s suffering, self-healing, and the possibility of desiring for transformation. Intriguingly, as it hangs next to Zeng’s work, the texture of the meat can link to the localized texture of the mountains. In face of inaccessible reality, however, Xu reproduces the reality of his own experience through the power of photography and constructs it as a copy of the image, which points to the hidden essence behind the popular topic. He chooses the living room, a significant place in the family, as a creative carrier to declare a personal critical attitude towards monism. One can also tell this point by the placement of the two group photos (one of his parents and one of him and his partner). To a certain extent, it is also a challenge to authority that can coincide with the intention of Xie’s actions. In addition, the living room he is in is an image within an image, which is visually connected to the main living room space through the angle and collage technique. Considering his situation, these techniques probably helped him complete his attempt at self-involvement in the main living room, which is also a reality-based protective move; and achieves the deconstruction and extension of space, as well as the juxtaposition of multiple spaces. 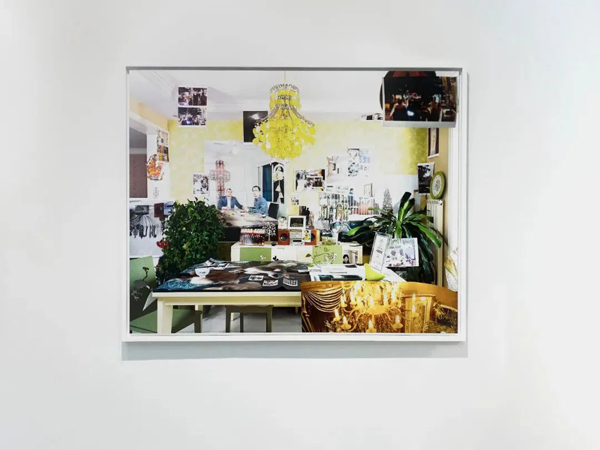 Birdhead’s (Song Tao and Ji Weiyu) collage takes a different turn that consists of pinning a picture of printed and cropped flora and fauna in an appropriate location on top of a portrait photographic image. The “Passions Bloom Ambitions - 43” finally bursts with new forms of expression and image meaning. Birdhead also deconstructs the real space, reaching a discussion on the critical point where multiple relative things are located in the confusion of the pictures, and constructing a plausible or ambiguous image concept. The situation of things being multiplexed is also exposed. One’s retinal nerves are immersed in the explicit and provocative visual language that will prompt them to reflect on the meaning of images in the current age of electronic pictures. Birdhead’s photography shows a state of experimenting with the image, and their work, as well as Cai’s, more clearly demonstrates their determination to break free from the photographic frame.